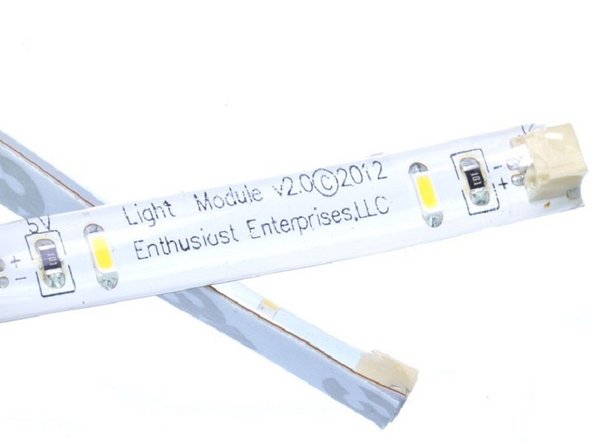 8 other people completed this guide.

are the light strips able to be trimmed so that they become recessed into the lego bricks??

Hello, thanks for your question. They are not able to be recessed because of the antistuds that are inside the LEGO bricks.

Hi Jason, thanks for your note. For your buildings, we'd recommend starting with a Light Strip Starter Kit-- this should give you enough to light up both buildings on the inside. Pick up some warm white Pico LEDs if you want to add lights to the outside as well. You might also want to also buy a 4-pack of 1:2 expansion adapters and a 4-pack of 24" cables, just to make sure you have enough. If you'd also like to buy lit lamp posts, maybe add a 1:8 adapter with large plugs. We hope this is helpful-- please let us know if you have any additional questions, and thank you for your interest!

i have two modular lego buildings (the cinema and the fire station) and want to light them up using your lights, just want to know what lighting will be best and how many i will need (i am from Australia - so want to send stuff only once)?