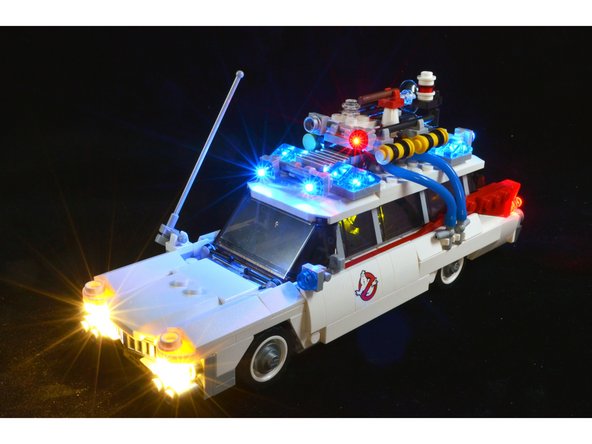 This guide outlines the steps needed to install the Brickstuff light and sound kit for the LEGO Ideas Ecto-1 set (set #21108), which was released in 2014. This guide does NOT cover the CREATOR Ecto-1 released in 2020.